The art of intuitively accessing information in ways that expand the boundaries of ordinary reality has been labeled the world’s “second oldest profession.”   People exercising this ability have been called oracles, seers, psychics or simply intuitive consultants.  Some cultures have bestowed upon them positions of power and authority.

In the days of Imperial Rome, the Senate once required that no law could be passed until the official oracles had been consulted.  Great minds have openly expressed a strong and devoted interest in psychic practices including Francis Bacon, Isaac Newton, Thomas Edison, Henry Ford and Swiss psychologist Carl Jung.

Today I am meeting with JD, a friend who’s flown in from San Francisco.  We’re having lunch at Atlanta’s Oceanaire; ‘they fly in the oysters daily’, I tell him.  The restaurant is very elegant with high ceilings and and windows that offer an abundance of natural light. We’re sitting in a huge red leather booth that gives you a secluded feeling from the rest of the room.  After enjoying our fresh oysters, we are going to have grilled Scottish Salmon.

“Migel Sancho, a producer with ABC’s Nightline called and he wants me to be a guest on the show.  They are producing a segment on ‘corporate psychics’ and he asked if I’d invite three of my business clients to join me,” I say.  “Initially I was honored they contacted me, but I wanted to be sure they’d incorporate an educational focus; to help  people understand how a psychic receives and interprets information – otherwise it’s shrouded in mystery and easily misunderstood.”

It had been a little over a year since I had seen JD.  He’s an entrepreneur who owns a luxury real estate development company in the U.S. and London.  We’ve been friends for over fifteen years and he’s also been a client of mine the majority of those years. He is a private guy who resists professional accolades about his success and wealth.  Always impeccably dressed, his dashing good looks should have Hollywood calling for their next leading man.

JD: Congratulations!  When will you be going on Nightline? You’d make a terrific guest – all that you know about the psychic inner workings.

VLW: Per the producer’s request, I contacted three of my clients who I thought would benefit from the national exposure and be eager to share their experiences of using psychic information in their business decisions.  Psychic information is just that, information that is to be used as adjunct to our fact and logic.

Corporate psychics are nothing new.  On Wall Street, clairvoyant Alex Tanuos used to work on retainer as a consultant for a brokerage firm president.  Los Angeles based psychic Ron Warmoth, also specialized in business affairs. “Newsweek” magazine featured him in the business section.  Even Kentucky Fried Chicken tycoon Colonel Sanders was known for inviting his psychic to attend his corporate board meetings.

‘In December 1974 Pete Dixon, a commodities broker went to see Beverly.  He handed her a sealed envelope and asked ‘tell me what you see’.  She didn’t have a clue what the envelope contained, but she ran her fingers over it and concentrated. She relayed what she saw: ‘a tree covered with reddish-colored berries.’  She didn’t know what they were, but she saw natives picking them – dark people wearing hats.  It was raining hard.  They had large baskets but there was only a sprinkling of berries that looked shriveled up.  She asked Pete if that meant anything to him.’

Based on her insight, Dixon invested every dime he had – $24,000 – in coffee futures.  The rest is history.  An unexpected frost affected coffee plants in Brazil – the price of coffee skyrocketed and Pete Dixon became a millionaire.

JD: Impressive hit for Jaegers.   You’ve made a few equally impressive hits.  I recall you offering me insights on Akamai stock.  I listened.  I invested.  I profited over $200,000.

VLW:  I remember you celebrated by buying a new Jaguar!

JD:  So, did your clients accept your invitation to appear on Nightline with you?

VLW: My district attorney client was more than willing to participate.  He’s frequently consulted with me and other psychics for business and criminal investigative purposes with successful results.   A TV movie was produced based on him and his work.   The others had unique concerns about appearing on national television; one was campaigning for political office and the other, concerned that public knowledge of him consulting with a psychic would reflect negatively – since he was actively seeking new investors.

JD: In other words, they weren’t ready for prime-time?

VLW: Exactly. But like you, some clients  prefer to keep their business consultations private, no matter the source.   Meanwhile I sent Sanchez a detailed email pitch outlining key topics to consider for the show including; ‘what happens when a client refuses to heed the warnings a psychic provides’.

JD:  Okay, I’m intrigued.  Anyone in particular you’re referring to?

VLW: Actually, there is a client that I have written a screenplay about. A true-crime story, but I’ll save that story for another day.

JD: People should explore psychics; I’m a firm believer that much of the information gained can be invaluable.  Truth be known, the best business advice I’ve ever gotten has come from you.  You help people get to the next level.

VLW:  Oh yes.  But as with any profession, there are good psychics and there are those with ulterior motives.

JD: How does one weed out the unscrupulous psychics, Victoria?

VLW: Well, I’d stay clear of the gypsy style psychics.  They are typically the palm readers with home offices on busy streets and large flickering fluorescent lights displayed to entice visitors in for an impromptu reading. Some relay a general moment in one’s life that often resonates with the client but usually in a scary way.  But again, they are general statements: “your co-workers are jealous of you and preventing your promotion.”  They often are skilled with mental telepathy and they easily pick up on the conscious thoughts of their client to relay some emotional or negative news; “your boyfriend just broke up with you,” or “there’s a dark cloud hovering over you, hence the bad luck.”  And then the whopper comes – they offer to rid faux spells they claim have been placed upon you or, unite lovers, rid black clouds – all for a handsome fee of hundreds and thousands of dollars to light candles.

JD:  I had a friend who got taken by someone similar.  It was an emotional time for her and after paying this unscrupulous psychic several thousand dollars, she gave up on the scheme.   What other types of psychic abilities are there?

VLW: Intuition is reading our own minds as opposed to the mind’s of others.  Intuition is often described as having a “hunch, gut-instinct, an unexplainable feeling.”   Author Gary Zukav describes intuition as the walk-talkie between our personality and our soul – that our soul communicates with us through our intuition.

JD:  When I would consult with you, you would hold my watch, didn’t you call that…

VLW:  …Psychometry. Psychometry is holding an object; jewelry, article of clothing or anything tangible – even tennis racket.  The psychic holds the object and picks up vibrations.  Everything we touch leaves a vibration, the more we touch – the more of our vibrations become encoded into that object.  In addition, when a psychic is presented with an object such as a piece of jewelry, teddy bear or article of clothing, this becomes the vehicle for the psychic to focus – they pick up vibrations about that particular person, or owner of the object or particular event.

JD:  How can you or other psychics predict the future?

VLW: Interesting question.  I used to debate with a college professor – ‘our thoughts become embedded into objects and our destiny is braided into our thoughts – the future events have to spark from today’s planning or action.  I believe that our vibrations or thoughts – known and unknown become embedded into our tangible objects.  For me, when consulting with a client in person, I would ask to hold a ring or car keys or an item of special importance.  Since I focus on events from this moment on, I would relay my psychic impressions.

JD:  Riddle me this: what is a psychic medium?

VLW:  Mediums claim to communicate with deceased people to relay messages from ‘the other side’ to the inquiring individual.  Personally, I believe there are a few gifted mediums like George Anderson and others who call themselves mediums are simply using mental telepathy skills or questionable characters who pry on people’s sorrow. It’s an easy profession to hide behind.

JD: Are you suggesting some psychic mediums are frauds?

VLW: I question the veracity of claims asserted by mediums.  How does someone confirm the accuracy of the “spiritual message” – assuming they are relaying information that is not consciously known?  Otherwise, they are reading conscious thoughts which is mental telepathy.   Recently famed medium Sylvia Brown came under fire.  A few years ago she was a guest on a TV talk show; she told the mother of her missing daughter; “she’s dead.”  Fortunately, Amanda Berry was found alive after being held captive for 10 years in Cleveland, Ohio.

The idea that Sylvia Brown had connected with a “spirit” was not accurate.  But rather she may have picked up on the current thoughts of people around the mother, the police and news who may have believed she was dead.

JD:  I’m curious, how do psychics predict the future?

VLW: Well, some people would say, the future is already here.  Take Einstein’s Theory of Relativity.  What Einstein and others clearly saw is that the past, present and future are laid out in continuum.  They are a single thread of still existing, currently existing, and pre-existing states of affairs.  The limitation of our own consciousness prevents the average person or psychic from seeing too far ahead or too far into the past.

VLW: The future is already here!  Meaning, the psychic who sees you investing in a new home in Palm Beach next year is not projecting something into nothing – a real event into non-existent space-time. Rather the psychic is using an expanded perspective to see farther into a domain where your job change or real estate acquisition has already taken place.  However, this raises questions about the activity of Free Will.  You’re in luck – you can read the entire chapter from Selecting Your Psychic, specially produced for digital distribution: Free Will and the Future.

The waiter has appeared.  I order coffee.  JD sticks with bottled water.  We move on to the topic of real estate and whether he should invest in a commercial venture in London.  As he takes notes, I’m reminded; I really love what I do.

Check out a variety of digitally produced content available on Amazon.  Chapters from Selecting Your Psychic, from Main Street to Wall Street.  Titles include:

Other Interviews with Victoria lynn Weston and celebrities are available on MediaQuire and include: 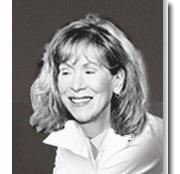 Victoria lynn Weston is a recognized intuitive/psychic consultant and intuitive business coach who provides insights for individuals, business owners and executives.  As a motivational speaker, she has spoken to executives from Henry Ford Health Systems, RTM (Arby’s Franchise) where she teaches executives how to tap into their own power of intuition to make successful marketing strategies, investments or hiring the right employee.  Victoria has been a radio host of “Power Predictions” in Atlanta, Georgia and a featured guest on dozens of radio, television shows and print media including; the Atlanta PARADE magazine, The Atlanta Business Journal, ABC Talk Radio; CNBC; BUSINESS WEEK Online; INTERNATIONAL HERALD TRIBUNE, WIRED NEWS and THE NEW YORK TIMES. She has worked as a professional psychic/intuitive consultant also known as “the corporate psychic” for 15 years.  She is also a producer/director of America’s Victoria, Remembering Victoria Woodhull – PBS Broadcast special.

Victoria is also the President and Founder of MediaQuire.com. Visit: www.VictorialynnWeston.com