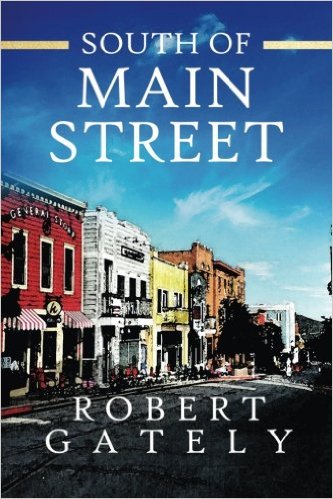 (MediaQuire) South Jordan, UT – Entrada Publishing is pleased to announce the release of South of Main Street, a novel by Robert Gately. A local author, Mr. Gately calls Bethlehem, PA home. South of Main Street is a literary fiction title where Henry Wolff regularly climbs out of his upstairs bedroom window. The neighbors think it strange that a grown man enjoys a Tarzan like swing from the roof, but then again, they all think Henry is a little strange. Recently widowed, Henry is an emotionally challenged father being sued by his daughter for financial control of the estate. Henry must prove he is normal – not an easy thing to do when you are not. Henry is different, not quite normal, not quite special. Rumors explaining his behavior run from PTSD in Vietnam to losing his son to SIDS. But Henry has a special gift. In a town divided by the have and have-nots, Henry alone can inspire and touch even the most jaded lost soul. But when tragedy strikes, can he unite his own family?

“A dynamic book set in small town Pennsylvania which explores the intangible ties that form a family, a community and the influence that one man can make crossing social and economic lines. Readers will fall in love with Henry.”

The print and Kindle Edition of South of Main Street is now out and starting from November 10th to 14th , 2016, Entrada Publishing will be giving away the book for free download on Amazon.

“SOUTH OF MAIN STREET is an exceptionally fine first novel. Usually this reviewer reserves the 5 start category for brilliant works by distinguished authors, but this novel from a new voice is so fresh and satisfying that it commands its own niche in the review arena. Robert Gately not only writes well, he also knows how to build a story line from disparate elements and make them all meld to fit the arc of his theme. He is an author to watch.” said Grady Harp, an Amazon Top 500 and Vine Reviewer.

Robert is the author of two novels, two non-fiction books, twelve screenplays and three stage plays since retiring early from AT&T in 1998. His body of work has been recognized as finalist or better in over 140 theatre, book and screenplay competitions around the world since 1999. His screenplays and stage plays alone have won a total alone 22 contests and came in 2nd place in 17 others (e.g., Breckenridge, Telluride, Fade In Magazine, Garden State Film Festival, etc.), and he is one of the most accomplished unproduced writers in the world as noted on the moviebytes.com site.

His short play was produced at the BaCCA Performing Arts Center at the One Act Festival on Long Island, and his longer stage plays won a reading series at Abingdon Theatre in NYC and Ohio State University. One of his plays (Going Solo), which he co-wrote, won the American Movie Awards, the London Film Awards and the Chicago Screenplay Contest in their respective stage play category, and was showcased at the Venus/Adonis Festival at the Hudson Guild Theatre in NYC. He taught adult education at Northampton County Community College in screenwriting, and was Temple University screenplay judge for their Senior Project class (Freese Award).