From Equine Vet to Owner of Multi-Million Dollar Micro-Distillery

(AYRIALTalkTime)  How does an equine veterinarian become the Founder of a multi-million dollar micro-distillery?  Host Victoria lynn Weston talks with Monte Sachs the owner and Founder the Catskill Distilling Company which is located across the street from the groovy vibes of yesteryear’s music celebration; Woodstock Festival. Catskill Distilling Company is nestled among an outdoor courtyard sculpture garden providing offbeat offerings, like The One and Only Buckwheat, a whiskey-style spirit made with 80 percent buckwheat; Wicked White Whiskey, a smooth and sophisticated moonshine; and Peace Vodka.   (40:00) 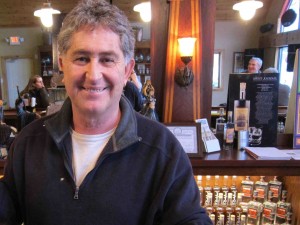 Growing up on a farm in coastal Connecticut, Dr. Monte Sachs has always had a love of the land. One scent of the terroir and he is transported back to his childhood and memories of the farm. After listening to just a few of Monte’s stories, it’s easy to see why he is such an award-winning distiller – grain clearly “runs through his blood”.

While his education led him to become an Equine Veterinarian, distilling was always close to his heart. While studying in Italy, Monte learned the art of distilling traditional Grappa from an 80-year-old farmworker named Bernardini. He loved that you could “make something beautiful from nothing” by using the discards from wine. This is a philosophy that Monte carries into his work today as a huge supporter of local agriculture, creating value from its treasures, and then sustainably recycling the by-products.

After moving back to the U.S., Monte began a very busy practice in equine medicine while continuing to explore his passion for distilling on the side. Eventually settling in the beautiful countryside of the Sullivan County Catskills, Bethel, NY, Monte decided to make his distilling passion a reality, and with the passage of the 2008 Farm Bill, Catskill Distilling Company was born.

Distilling is the fusion of art and science for Monte. Naturally inquisitive, he constantly thinks outside the box. He loves to experiment and push the boundaries. From working with alternative grains, seeds and botanicals to tinkering with innovative processes, he is passionate about making the most distinctive spirits on the market today.

Catskill Distilling Company was founded in 2010 as an artisan New York farm distillery. It’s located in the cultural epicenter of Sullivan County, Catskills, New York, home of the original 1969 Woodstock Festival and current day Bethel Performing Arts Center. Since day one Catskill Distilling Company has sourced or grown nearly all of the grains, seeds, botanicals, and other ingredients that go into its innovative whiskies and spirits.

In early July 2017 Catskill Distilling Company won a gold medal for its production of Curious Gin, as recognized by The Fifty Best, the international authority and unbiased guide to fine wine & spirits. In April 2017 Fodor’s Travel ranked Catskill Distilling Company one of the “best distilleries in New York State”.  And last year, Wine & Spirits Wholesalers of America awarded the company its gold medal for its Catskill Straight Rye Whiskey. 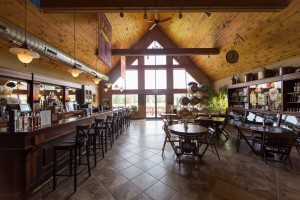 As one of the original farm distilleries that opened after the passage of the 2008 Farm Bill in New York, Catskill Distilling Company is one of only five percent of all New York distilleries who actually distill and blend their own whiskies made from local New York ingredients.

Catskill Distilling Company believes that its award-winning whiskeys, gin and vodka are well poised to capture the attention and imagination of consumers nationwide.

Victoria lynn Weston has worked as a professional intuitive consultant for over 15 years. In addition to creating smartphone apps and voice-activated content for Amazon Echo devices, she’s also a  producer/director of PBS documentaries including America’s Victoria, Remembering Victoria Woodhull.  Based in Atlanta, Georgia, Victoria has been a featured guest on dozens of radio, television shows and print media including; the Atlanta PARADE magazine, The Atlanta Business Journal, ABC Nightline, ABC Talk Radio; CNBC; BUSINESS WEEK Online; INTERNATIONAL HERALD TRIBUNE, WIRED NEWS and THE NEW YORK TIMES. Victoria is also the President and Founder of AYRIAL.com and MediaQuire.com. 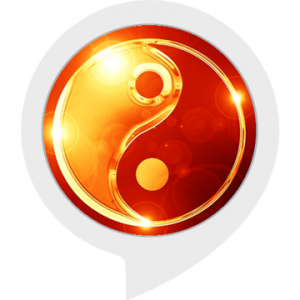 Feng shui is an ancient practice developed over 3,000 years ago in China. Feng shui is not religion or superstition; it is a science because its formulas and fundamentals are based on empirical research and it is an art because experience and judgment are critical in the analysis.  Feng Shui focuses on the study of Qi (pronounced “chi”, which is vital life energy) and how it can be harnessed to create harmonious living; better health, successful career or business, and fulfilling relationships for the people inhabiting the space.  Follow AYRIAL

Launched in 2015, AYRIAL is a technology-driven “body, mind & spirit” lifestyle platform with its office based in Atlanta, GA.  AYRIAL allows users who seek exceptional psychic, intuitive consulting, astrologers, life coaches to easily connect with them and to keep them engaged with exclusive content. www.AYRIAL.com