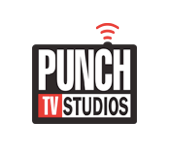 Listen to interview with CEO Joseph Collins on AYRIAL TalkTime!

KILM Los Angeles, CA / Southern California channel 64 welcomes Punch TV to its family August 1, 2017. Fans and investors of Punch TV Studios are thrilled. Between the golden touch of Founder and CEO Joseph Collins and the skills of powerhouse Rachel Ramos as new VP of the network, Punch TV is sure to be a favorite channel for viewers.

“Punch TV is coming to Southern California August 1st. We are happy to be working with KILM. Broadcasting in Southern California has been a goal of mine since the company’s inception. Our supporters, are now able to view the network on their television sets, in their own homes,” says Punch TV Studios CEO Joseph Collins. “Between Punch Animation, Inc. (OTCMKTS:URBT) and Punch TV Network, our launch in Southern California allows us to present incredible new content, feature films and animated shows you will only be able to watch on Punch TV.”

With the support of its new investor base Punch TV Studios now brings its network to Southern California. Viewers will be able to watch Punch TV, ‘from the desert to the sea’, everywhere in Southern California, extending its broadcast reach to a wider audience, and placing Punch TV in over 16 million more homes. The network currently broadcasts in Columbus, OH, Pensacola & Jacksonville, FL, Houston & Beaumont, TX, and plans to expand across the country over the next few years.

This historic venture between Punch TV Studios and KILM secures Punch TV as one of the top companies in America to watch. Punch TV will broadcast on all cable providers including AT&T, Comcast, Charter, DIRECTV, Dish Network and  Frontier Communications. Punch TV is sure to impress, providing cutting edge and relevant content to the network’s viewers and continuing its dedication and commitment to the community.

Punch TV Studios began offering stock in the company at just $1.00 per share, so that everyone would have an opportunity to be part of the Punch TV Studios movement. To find out more information about Punch TV Studios or to become a stockholder visit their website at PunchTVStudios.com. Follow us on Nabukie.com #PUNCHTVSTUDIOS #IPO2.0 #2017IPO

Punch TV Studios is an innovator in the Entertainment Industry, offering diverse content on digital and satellite television, and now in the #2 DMA (demographic market area) on KILM Southern California currently broadcasting on channel 64. Punch TV has been serving the urban community since its inception. President and CEO, Joseph Collins and his team are proud to become a part of the KILM family and look forward to a prosperous future, providing opportunities and giving the public what they want, more PUNCH TV! 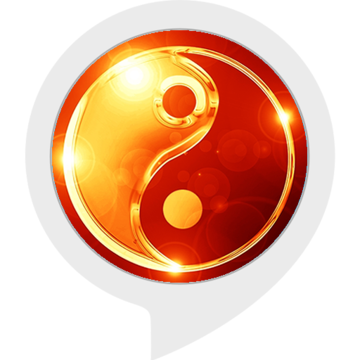 Feng shui is an ancient practice developed over 3,000 years ago in China. Feng shui is not religion or superstition; it is a science because its formulas and fundamentals are based on empirical research and it is an art because experience and judgment are critical in the analysis.  Feng Shui focuses on the study of Qi (pronounced “chi”, which is vital life energy) and how it can be harnessed to create harmonious living; better health, successful career or business, and fulfilling relationships for the people inhabiting the space.  Follow AYRIAL