We all have it. And some of us totally trust it. Intuition.  Learn about director and producer of Travel by Dart’s Sorin Mihailovici’s intuitive edge. 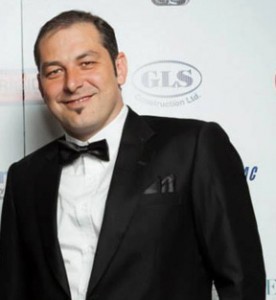 How does your intuition shape your creative process?

We have a saying: “The world spins the way it spins, good thing it spins in our favor.” Most of the of time we make instant decisions based on our gut. We also know that even if things won’t go the way we want initially (which happens very seldom), we are 100% able to turn them in a positive way with what we have, not with what we don’t have. Intuition about how things will go almost never failed us. And ‘creative’ is our middle name. Think about it: we threw a dart at the world map, traveled wherever it landed, got partners to pay for it, AND helped the land or the people we visited. As a matter a fact, after the success of Travel by Dart, we launched a creative agency called Idea Vessel, which does marketing out of the box for clients who want to succeed.

What inspired you to create your series TRAVEL BY DART?

One day, my co-producer Matt Cook asked me; “what’s my idea of a successful life?”  My response was that I would like to wake up one morning, get my wife and kids, and ask them: “Where do you guys wanna go this weekend? Oh, wait… Let’s throw a dart at the world map and let’s go wherever it lands”… Obviously, in order to be able to do that, you have to have everything taken care of already – financial freedom, a job that you own, so you can take time off whenever you want, wherever you want, etc. To me, that’s an ideal life.

It took a couple of days for Matt and I to realize that we don’t really need wives and kids to be able to throw a dart at the world map and go wherever it lands. The only issue was our jobs, so we planned it to do it during winter holidays. The dart hit the North Pole on the map, but that was the best thing that could have happened to this project. To go to the North Pole is the most expensive thing ever. We didn’t really have money for that. So we decided to fund raise, but also to add a philanthropy aspect to it, just so we are not the only ones benefiting from this. Not to mention that both Matt and I had tough childhoods, so we wanted to give back to the community, and it made sense at this time. One thing led to another and we found ourselves surrounded by many people, organizations, and media outlets who were all-in, supporting us.

My partner and I make instant decisions based on our gut. Intuition has almost never failed us…

Why a web series rather than traditional TV?

Everything is gravitating and moving slightly to the online media. However, the traditional TV is still our target, but we started as a web-series to build an audience. Sometimes, a viral video gets 20 million views while a show on a decent TV network might have only 1 million. We are getting ready to pitch our show to a few networks as some big things – that I cannot disclose now – are coming our way. Whoever is interested to see what we have in store they can contact us. Amazing things will blow up with or without them.

Has your intuition guided you in your Travel by Dart project?

Hugely. Both Matt and I traveled to over 50 countries, worked in many critical sectors, and met thousands of types of people. That helped our intuitive skills to be heightened and sharp when it comes to decision making. The moment we threw the first dart, we mapped the full project based on intuition and judge of character, when it came to successfully implementing a structure that would take Travel by Dart where it is now (and more in the future).

Where does your next Travel by Dart story take place?

We are setting up a full season now! It will be big: 12 episodes. Although it’s confidential due to some partners’ involvement, the full season will be shot soon. We will also have celebrities involved, so right now we are working on the details.

How do you raise funding for your project?

By strategically involving brands and companies to be part of the movie, in a fun, cool action way. Think like dropping 1,000 soccer balls from a helicopter or 5,000 chocolates from an air balloon and make it part of the movie. We could do a full segment on a cool brand if they get involved, without the fear of looking like annoying advertising. We’re creative. We would be interested to work with brands in unlimited sectors, whether they are sport product manufacturers, drinks, nutrition bars, coffee, or clothing lines.

Play your hand with the cards you’re dealt.

What is your overall message with Travel by Dart?

The overall message is to inspire and empower people to do what they want – when they want. To think out of the box. Just like we did when we decided to throw a dart, go there, and have the trip paid for, so other can benefit too. People tend to stand in their own way. They just stop at dreaming. We heard so many times phrases like: “oh, i wish I could do that too (throw the dart and go there), but I have this, I don’t have that, etc…”. The truth is, everyone can. Take advantage. Matt has one saying: “The light is green until is red. Most people don’t operate that way. They think the light is red and they just wait for the green”.  Concluding the answer to your question, we look at the dart throw as a metaphor for dealing with unknown things that come in our lives all the time. Face the unexpected and successfully go through it. We don’t know where we are going and the dart will decide for us. We’re gonna make it happen, no matter how far, expensive, or difficult it is. Play your hand with the cards you’re dealt.

What’s the most uncomfortable position you found yourself in during production?

We almost got arrested in Red Square, Moscow – while we were filming the Russia episode. We didn’t have permission to film and you don’t want to mess around with the Russian police, especially in this time of crazy political turmoil. Oh, not to mention that we didn’t even speak their language, nor they did ours. If you wanna know what happened, watch the episode!

What type of personality are you?

Not gonna lie, I fit most of the characteristics that the Type A has: sometimes I take on more than I can handle, want other people to get to the point; sometimes I get anxious but I am very proactive.  I am concerned with time management and I am a workaholic – I am  always doing something ambitious. The best thing about it is that all my work is a basically a huge hobby, so I never ever get bored or ask myself “What should I do now?” However, I am totally missing some of the other typical Type A characteristics, such as smoking or free-floating hostility… 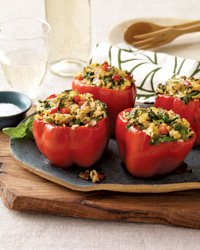 My favorite dish is stuffed peppers. It doesn’t matter if are made by my mom, somebody else’s mom, or a restaurant chef, I always get three or four at the time. I just love the mix of ground beef, cooked rice, tomato sauce, and seasonings, as well as the sour cream on top. That’s a must. I am not particular on what they are served, whether is china or cardboard plates – they are just my weakness.

I wish someday I will end up on an exotic island in the middle of Pacific, where there are just a couple of dozens of weird-looking indigenous people who only speak their own native language. Just like in the Mel Gibson’s Apocalypto. It will happen one day – it’s inevitable.

ABOUT THE SERIES TRAVEL BY DART

Travel by Dart is a new web series that combines adventure travel, reality TV and philanthropy. Each episode two friends throw a dart at the world’s map and travel wherever it lands, with the purpose of helping the people or the land. The show delivers an inspiring tale of two young men and how they overcome the challenges that face them along the way to complete each mission. Travel to the ends of the earth helping the people and the land, from the arctic islands of Svalbard, 300 miles from the north pole addressing the polar bear cause, to a cross-country tour of Russia where they combat youth homelessness and expose mafia violence. This show is for all ages. Stay tuned as Sorin and Matt continue to film this ongoing journey.

Victoria lynn Weston is a recognized intuitive/psychic consultant and intuitive business coach who provides insights for individuals, business owners and executives. As a producer, Victoria’s credits include PBS featured documentary “America’s Victoria, Remembering Victoria Woodhull  which starred Gloria Steinem and Kate Capshaw. Victoria has been a radio host of “Power Predictions” in Atlanta, Georgia and a featured guest on dozens of radio, television shows and print media including; the Atlanta PARADE magazine, The Atlanta Business Journal, ABC Talk Radio; CNBC; BUSINESS WEEK Online; INTERNATIONAL HERALD TRIBUNE, WIRED NEWS and THE NEW YORK TIMES. She has worked as a professional psychic/intuitive consultant also known as “the corporate psychic” for 15 years.  Victoria is also the President and Founder of MediaQuire.com.