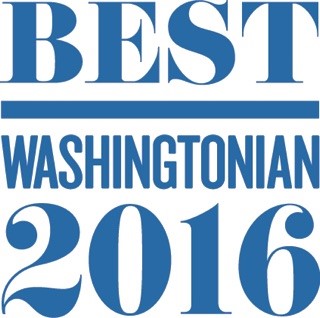 Washingtonian bases their “Best Agents List” on agents and teams who produced the highest sales volumes in Washington in 2015.   In addition to sales volume, other criteria is taken into account including  including integrity, market knowledge, and negotiation skills.

In addition to the Washingtonian “Best Agents List,” Jim’s personal and professional passion for real estate has earned him many accolades. He was recently named a 2011 Power Broker by Washington LIFE Magazine, and nominated as one of the Top 100 Agents in America by the Wall Street Journal. In 2014, Jim also made the list of America’s Best Real Estate Agents, a prestigious annual ranking of agents and teams by REAL Trends and The Wall Street Journal. A fifteen year veteran in real estate sales, development and mortgage banking, Jim has closed more than $400 million in real estate transactions.

Jim is very active in giving back to the community. His philanthropic and community activities include: former Board of Trustees for the Washington National Opera, major donor for Food and Friends Organization, Martha’s Table, Kalorama and Georgetown Citizen’s Associations, Mitchell Park in Kalorama, and he is the former Vice President of the Board for Starlight Children’s Foundation MidAtlantic where he served as the Chair of the 12th Annual Starlight Taste of the Star’s Gala.

Jim Bell’s love of the real estate world is genetic. His mother owned a mortgage company, his aunt a real estate brokerage and his uncle is a developer. Jim has experience in all three areas, combining the best of all three worlds. As a native of the South’s capital city, Atlanta, Jim loves all things Southern, including cooking and gardening. He is a member of the Georgetown Citizens Association, and the Greater Capitol Area Association of Realtors.